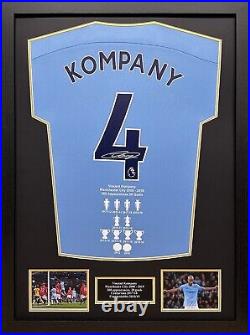 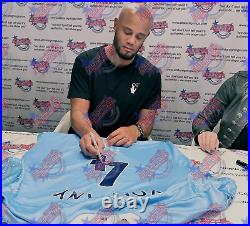 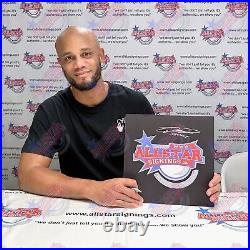 West Ham United. Republic of Ireland. View all other sports. He played for Manchester City for eleven seasons, where he was captain for eight of them and became widely regarded as one of the league’s greatest ever centre backs. He also represented the Belgium national team for 15 years, seven as captain. In the summer of 2008, he completed a transfer to Premier League club Manchester City, where he established himself as an integral part of the squad and was regarded as one of the bargain buys of the revolutionised City era. In the 2011-12 season he was awarded the captaincy of City, leading his club to win the Premier League that season, their first league title in 44 years. Kompany was included in the Premier League Team of the Year for two years in a row in 2011 and 2012 as well as being included in the 2014 team, and won the Premier League Player of the Season in 2012, and is regarded as one of the best defenders in English football history. This is an official Manchester City 2020/21 shirt which was personally signed by City Legend Vincent Kompany at our recent signing session in Manchester 26th October 2022. The item comes complete with a special career stats transfer and comes with an Allstarsignings certificate of authenticity which will have photographic proof inserted into it and has been framed to an overall size approx. All framed orders are sent by Courier on a 24-48 hour service. All international orders for framed products are sent by fully tracked courier services. All of our items come accompanied by our Certificate of Authenticity to provide you with added peace of mind. The Allstarsignings certificate will state the date of the signing and as well as incorporating photo proof of the signing and the company address. Allstarsignings is a Manchester based sports memorabilia company. Established in 2000 we specialise in high quality hand signed autographed items. All items come directly from private signings and supplied with a speedy, reliable service. All of our autographs are individually hand signed by the stars comes with our Certificate of Authenticity incorporating photo proof. Allstarsignings have carried out hundreds of signing sessions with many stars including Pele, Eric Cantona, Kenny Dalglish, Jonny Wilkinson, Thierry Henry, Dennis Bergkamp, Ryan Giggs, George Best, Sugar Ray Leonard, Anthony Joshua and many many more. Huge range of signed products available. Allstarsignings is owned and run by sports fanatics and was born from our own enthusiasm for collecting autographs. All Star Signings, the number one source for signed memorabilia and autographs! All Star Signings is a Manchester based sports memorabilia company. We have carried out private and public autograph signings with many sports stars covering football, boxing, rugby, motorsport and film. This item is in the category “Sports Memorabilia\Football Memorabilia\Autographs (Original)\Signed Shirts\Premiership Players/ Clubs”. The seller is “*allstarsignings*” and is located in this country: GB. This item can be shipped to United Kingdom, Antigua and Barbuda, Austria, Belgium, Bulgaria, Republic of Croatia, Cyprus, Czech Republic, Denmark, Estonia, Finland, France, Germany, Greece, Hungary, Ireland, Italy, Latvia, Lithuania, Luxembourg, Malta, Netherlands, Poland, Portugal, Romania, Slovakia, Slovenia, Spain, Sweden, Australia, United States, Bahrain, Canada, Brazil, Japan, New Zealand, China, Israel, Hong Kong, Norway, Indonesia, Malaysia, Mexico, Singapore, South Korea, Switzerland, Taiwan, Thailand, Bangladesh, Belize, Bermuda, Bolivia, Barbados, Brunei Darussalam, Cayman Islands, Dominica, Ecuador, Egypt, Guernsey, Gibraltar, Guadeloupe, Grenada, French Guiana, Iceland, Jersey, Jordan, Cambodia, Saint Kitts-Nevis, Saint Lucia, Liechtenstein, Sri Lanka, Macau, Monaco, Maldives, Montserrat, Martinique, Nicaragua, Oman, Pakistan, Peru, Paraguay, Reunion, Turks and Caicos Islands, Aruba, Saudi Arabia, South Africa, United Arab Emirates, Chile, Bahamas, Colombia, Costa Rica, Guatemala, Honduras, Jamaica, Kuwait, Panama, Philippines, Qatar, Trinidad and Tobago, Vietnam.