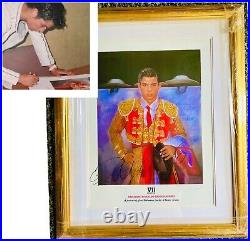 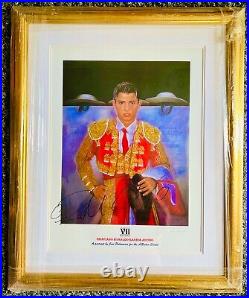 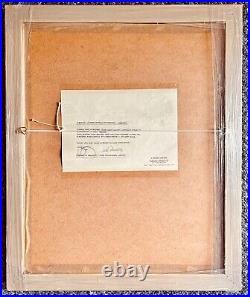 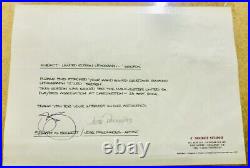 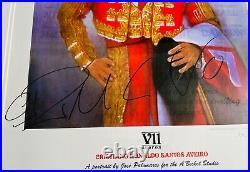 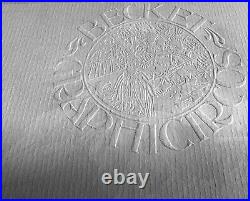 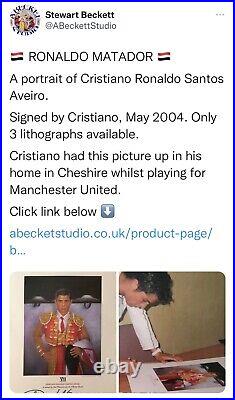 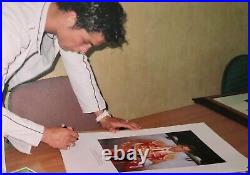 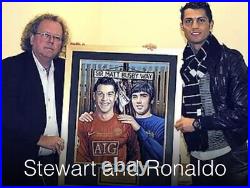 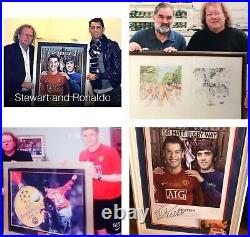 CRISTIANO RONALDO ” SIGNED / FRAMED ” SEOFON VII. This is by Stewart Beckett (Stewart Beckett Studios). Stewart is known as the Manchester United Club Artist. He has produced many Prints over the years, Signed by George Best, Sir Alex Ferguson, Eric Cantona, Ole Gunnar Solskjaer, David Beckham, Denis Law, Sir Bobby Charlton etc (see my last photo). You can also google Stewart Beckett’s Studio to see some of his items, there is also a book with a lot of his works in it ” A Beckett Studio – The Portfolio ” (also on twitter). This Lithograph is called ” SEOFON VII ” (also known as the Matador). The original painting was by artist Jose Palomaizes, who has Signed the Lithograph & the Certificate of Authenticity (which is taped to the back of the frame). Stewart Beckett has also Signed the Certificate. The Certificate is embossed with the Becket Studio Logo. SUBJECT: LIMITED EDITION LITHOGRAPH – ” SEOFON “. PLEASE FIND ATTACHED YOUR HAND SIGNED CRISTIANO RONALDO LITHOGRAPH TITLED ” SEOFON “. THIS EDITION WAS SIGNED FOR THE MANCHESTER UNITED EX PLAYERS ASSOCIATION AT CARRINGTON ON 23rd SEPTEMBER 2004. THANK YOU FOR YOUR INTEREST IN OUR ARTWORKS. You will see in one of my photos, a photo from Twitter. It shows Cristiano Signing a couple of these Litographs in May 2004. Stewart says Cristiano had this picture up in his home in Cheshire, whilst playing for Manchester United. It also says, only 3 Lithographs available. This copy was auctioned at an ex Players evening late 2004 or early 2005. Cristiano has Signed in black marker pen on his photo. The Gold coloured wood Frame measure 72cm (28 1/2″) x 59.5cm (23 1/2″). It has Acrylic Plexiglass (not glass). It has never been hung on a wall (still has clingfilm on the edges) and has been stored in a wardrobe. If I was to be very ” picky “, there is a very feint scratch on the Plexiglass (can only see it if looking at an angle close up), can’t see it face on. Not noticeable unless you was looking for it. I will not accept silly offers. One was from Canada, I DO NOT send OVERSEAS (United Kingdom only). I will message you the tracking reference number straight after sending. This item is in the category “Sports Memorabilia\Football Memorabilia\Autographs (Original)\Signed Photos\Premiership Players/ Clubs”. The seller is “missymoopup” and is located in this country: GB. This item can be shipped to United Kingdom.