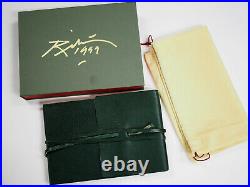 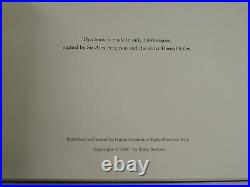 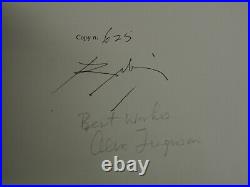 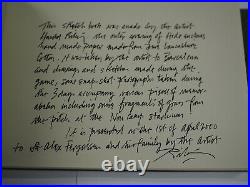 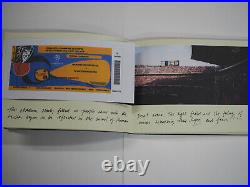 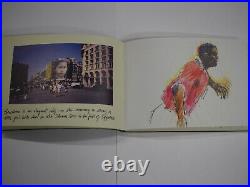 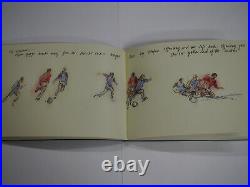 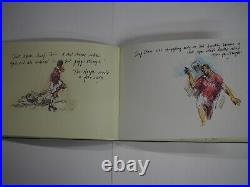 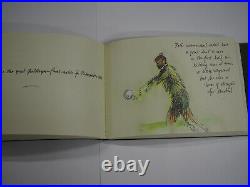 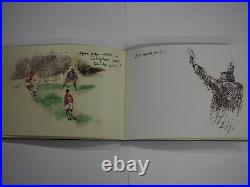 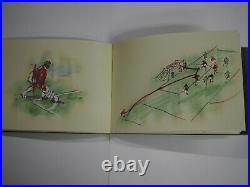 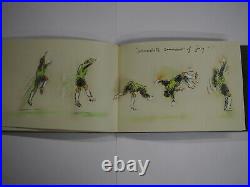 Harold Riley Alex Ferguson Limited Edition Manchester United 1999 Champions League Sketch Book. For fans of Manchester United it is the ultimate art work. Renowned Salford artist Harold Riley was a guest of manager Sir Alex Ferguson when Manchester United beat Bayern Munich in breathtaking fashion in the 1999 final. He sketched the team on the journey to Barcelona’s Nou Camp stadium, at the hotel and every 10 minutes during the match – until its stunning climax in injury time. The sketches capture the drama of the game, the despair of the Bayern players and jubilation of United’s goal-scorers and supporters. Harold presented the original ink drawings to Sir Alex at a dinner to mark his testimonial year. The books are signed by the artist and Sir Alex Furguson and bound in fine Italian leather. Harold, who played for United’s youth side in the 1950s, said: I went to the game as a guest of Sir Alex and was intending to do one drawing to present to him. But I ended up recording the whole thing. I started with the supporters at Manchester Airport and carried on drawing in Barcelona. Once the game started, I drew something every 10 minutes. I was going to leave early, about five minutes from the end, but decided I should stay and draw something at the final whistle – then everything happened in injury time. The original book was taken apart and the Giannini firm from Florence – who I got to know when I was a student there – remade 1,999 numbered replicas. The books are unique – there has never been a sketch book of an entire football match before. This book will make a great Investment. The item “Harold Riley Alex Ferguson Ltd Edition Manchester United 1999 Champions League” is in sale since Thursday, September 9, 2021. This item is in the category “Books, Comics & Magazines\Antiquarian & Collectable”. The seller is “emmykitch” and is located in Darwen, Lancashire. This item can be shipped worldwide.