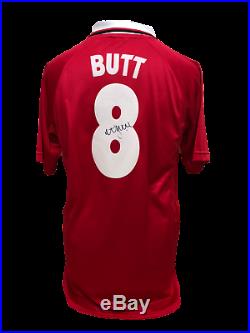 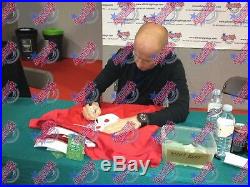 West Ham United. Republic of Ireland. View all other sports. Nicky Butt was one the famous Fergie fledglings. Along with David Beckham, Ryan Giggs, Gary and Phil Neville and Paul Scholes, he was part of the successful youth side that won the FA Youth Cup in the early 1990s. He was one of the kids with which you wouldnt win anything! He joined Manchester United as an apprentice shortly after leaving school and, following his senior debut in 1992, remained at Old Trafford for the next twelve seasons. He made 387 appearances, scored 26 goals and won numerous honours. He played in the Champions League Final, but missed the FA Cup Final a few days earlier in order to ensure he remained fit for Barcelona (when both Scholes and Keane would be missing through suspension). During his Manchester United years, Nicky Butt also made 39 appearances for England. He had a particularly successful World Cup in 2002 and was named by Pele as one of the players of the tournament. This is an official retro 1999 Champions League Final shirt, signed on the reverse, by United Legend Nicky Butt. The shirt was personally signed by Nicky in a signing session carried out and attended by Allstarsignings. The item comes with an Allstarsignings certificate of authenticity which will have photographic proof inserted into it and our tamper-proof hologram. Please note: Signature position may vary. All framed orders are sent by Courier on a 24-48 hour service. All international orders for framed products are sent by fully tracked courier services. All of our items come accompanied by our Certificate of Authenticity to provide you with added peace of mind. The Allstarsignings certificate will state the date of the signing and as well as incorporating photo proof of the signing and the company address. Allstarsignings is a Manchester based sports memorabilia company. Established in 2000 we specialise in high quality hand signed autographed items. All items come directly from private signings and supplied with a speedy, reliable service. All of our autographs are individually hand signed by the stars comes with our Certificate of Authenticity incorporating photo proof. Allstarsignings have carried out hundreds of signing sessions with many stars including Pele, Eric Cantona, Kenny Dalglish, Jonny Wilkinson, Thierry Henry, Dennis Bergkamp, Ryan Giggs, George Best, Sugar Ray Leonard, Anthony Joshua and many many more. Huge range of signed products available. Allstarsignings is owned and run by sports fanatics and was born from our own enthusiasm for collecting autographs. All Star Signings, the number one source for signed memorabilia and autographs! All Star Signings is a Manchester based sports memorabilia company. We have carried out private and public autograph signings with many sports stars covering football, boxing, rugby, motorsport and film. The item “NICKY BUTT SIGNED MANCHESTER UNITED 1999 CHAMPIONS LEAGUE FINAL SHIRT PROOF COA” is in sale since Wednesday, December 19, 2018. This item is in the category “Sports Memorabilia\Football Memorabilia\Autographs (Original)\Signed Shirts\Premiership Players/ Clubs”. The seller is “*allstarsignings*” and is located in Manchester. This item can be shipped worldwide.